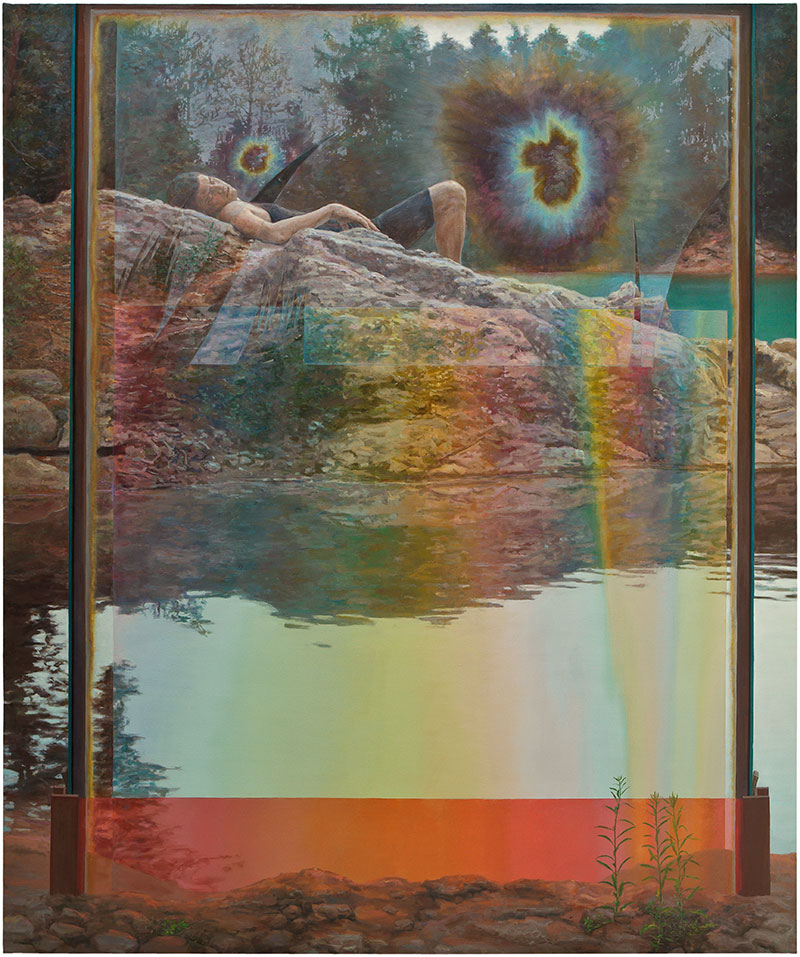 Courtesy of the artist

Simon Pasieka is a German painter, born in 1967 in Cleve. After his studies at the HBK Braunschweig, he moved with a one-year scholarship DAAD in 1998 to Paris France, where he still live and work. He showed his work at the gallery Klaus GerritFriese in Stuttgart and Gallery Anita Beckers in Frankfurt in 2003, 2006, 2008 and 2013. In 2011 he showed his work with the gallery Eric Mircher in Paris. Since 2006 he has solo shows in internationally known public galleries and museums. His main exhibitions was at 2007 gelandet in the Arp Museum, Remagen and Forum KunstRottweil, Germany, in 2008 at the KunsthalleLingen. In 2009, with the title Green horn he showed his drawings and paintings at the KunsthalleGöppingen, the Galerie of the City of Delmenhorst and the Taxispalais in Innsbruck, in Germany and Austria. With the title DraussenimFreien / à l'airlibre, he exhibited at the Museum Engen in Germany and the art-center, La lune en parachute, in Epinal, France. With the title Je suisbosquet, lac et glaise, in 2015 he exposed his work at the Gallery Julio Gonzalez of the city of Arceuil, Paris and the Frissiras Museum in Athens, Greece. In 2012 and 2016 he exposed at the Museum HausKasuya, Yokosuka in Japan. His figurative paintings and drawings of young people in nature was shown in gallery and public Group exhibitions and permanent public collections, mostly in Germany and France, but also in Greece, Japan, Holland or in New York.

In his most recent paintings Marius Bercea makes a willing shift as he goes beyond the local Romanian scenery that has been customarily associated ...